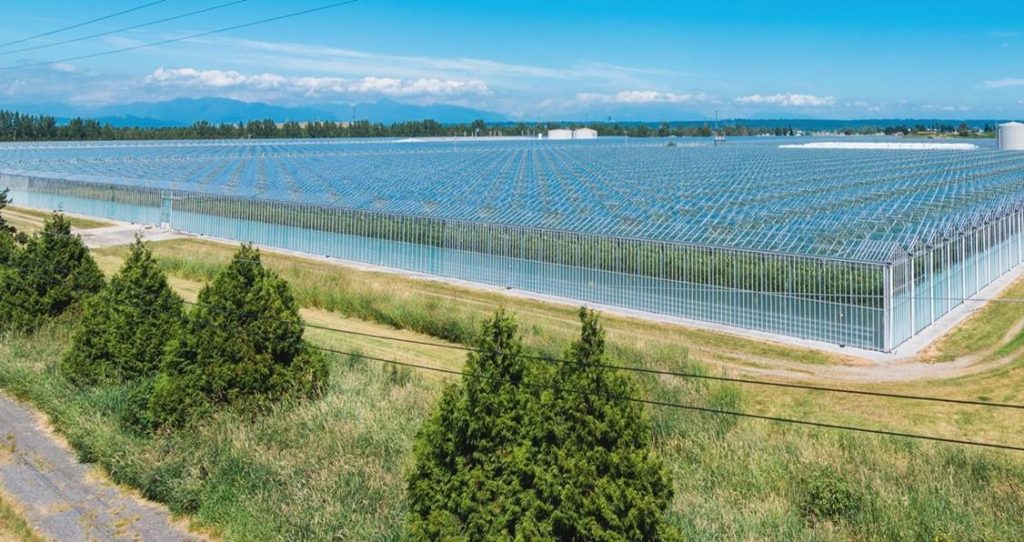 Vertically integrated controlled environment agriculture (CEA) company Village Farms International, Inc. (NASDAQ: VFF) continues to make progress in the cannabis industry in Canada and beyond. Its cannabis subsidiary, Pure Sunfarms, has had 15 quarters of positive EBITDA, according to Village Farms President and CEO Michael DeGiglio. He last spoke to New Cannabis Ventures in May 2021. In 2022, he reconnected to talk about the company’s market position in Canada, its entry point into the U.S. market and growth beyond the North American market.

Cannabis operations account for approximately 35 to 40 percent of Villages Farms’ business. The company spent decades in the agriculture and horticulture industries before entering the cannabis market. When it decided to make that move, Village Farms converted existing greenhouse assets rather than taking on new build projects. Now, it has 2.2 million square feet of production in the Canadian market, 1.6 million square feet of which are currently in use.

Village Farms focuses on high-quality products with a low cost of production. The company is increasing its retail sales, but it still has a thriving wholesale business as well. It has the top-selling flower in multiple provinces, and it is one of the top-10 cannabis operators in Canada, according to DeGiglio. As the market matures, he anticipates that there will end up being just five or six major players, and Village Farms is vying to be one of them.

Village Farms also has another potential entry point into the U.S. The company has four facilities in Texas, a total of 5.5 million square feet. Right now, those facilities are growing under Village Farms’ fresh produce division. When federal legalization moves forward, the company will be able to convert those assets for the large-scale, low-cost production of cannabis. The Village Farms teams anticipates there will eventually be opportunities for interstate commerce in the  U.S., and its Texas assets are well-positioned to meet that need when it arises.

Pure Sunfarms is ramping up its export capabilities. It has begun exporting to Australia, and it is looking to start exporting to Europe and Israel. The COVID-19 pandemic delayed the company’s efforts to receive EU GMP certification, but it achieved that earlier this year.

Village Farms owns 85 percent of Leli Holland, which has received one of 10 cultivation licenses in the Netherlands. Under the Dutch Closed Supply Chain Experiment, 10 licensed companies will be able to produce and distribute cannabis to coffee shops in the Netherlands.  The company has plans to build an indoor facility, which it will start next year. Its recently announced ATM will help the company build out its first facility in the Netherlands.

While the M&A market in cannabis is booming, Village Farms does not have a high appetite for deals. Many companies have too much debt, which would mean they are ultimately not accretive, according to DeGiglio. But Village Farms has found opportunities to participate in consolidation.

At the end of 2021, Village Farms took a 70 percent stake in Quebec cannabis company Rose LifeScience. The company was having difficulty penetrating the Quebec market, and the team determined that an acquisition would be the best entry into the province. Rose LifeScience serves as the exclusive distributor for a number of LPs in Quebec, and it has a 55,000-square-foot production facility for its own brands. The Rose LifeScience team has extensive CPG experience, and Village Farms is retaining their expertise with the 70/30 ownership structure of the deal. DeGiglio is excited for the opportunity to capture more market share in that province.

As a NASDAQ company, M&A in the U.S. cannabis market is not yet on the table. With regulation progressing in the European market, Village Farms may be open to potential deals as it determines how to build its business model there.

Village Farms has added to its team over the past year. For example, Ann Gillin Lefever joined the company as Executive Vice President of Corporate Affairs. She is working closely with DeGiglio and the leadership teams at Pure Sunfarms and Rose LifeScience. The company has also made strategic additions to the Pure Sunfarms team, and it plans to bring a CFO onboard at the cannabis subsidiary.

Right now, institutional investors account for 30 to 35 percent of Village Farms’ investor pool. While this percentage is low for many industries, it is high compared to Village Farms’ competitors in the cannabis space, according to DeGiglio. He hopes to see more investor excitement following positive regulatory progress. Right now, Sundial is the company’s second-largest shareholder.

Village Farms has focused on prudent capital spend. When looking at competitors, DeGiglio considers Village Farms to have an edge based on the amount it has spent for the capacity it currently has.

The Village Farms team is anticipating stronger numbers in the second half of the year compared to the first half, according to DeGiglio. Innovation at Pure Sunfarms is helping to drive that growth. For example, the Jet Fuel Gelato strain launched about six months ago has hit one of the top spots in the Ontario market. 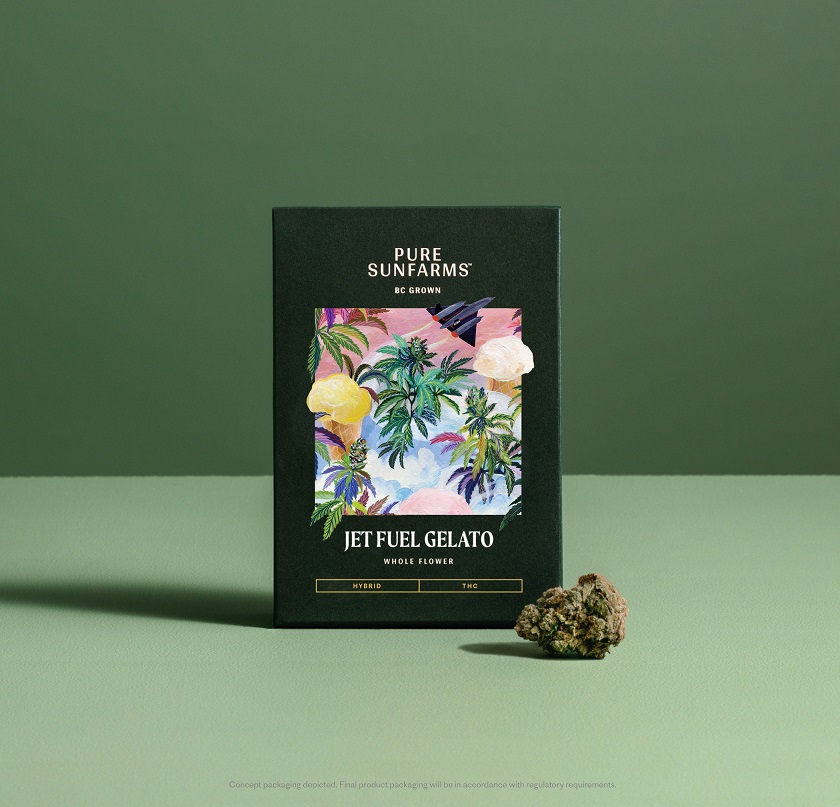 The company also has strong wholesale sales, and it has launched a value brand to compete in the value segment. The brand was launched in Vancouver, British Columbia, and it sold out in three days, according to DeGiglio. The brand was recently launched in Alberta, and it will be making its debut in more markets this fall. Additionally, the introduction of Rose LifeScience’s Promenade brand has helped to drive increased market share in Quebec.

Village Farms is building the foundation for its brands with high-quality, low-cost production. It has focused on getting that model right in Canada before looking to international markets. Now, Europe is on its radar. The company still has to navigate the challenging tax environment in Canada and wait for regulatory progress in the U.S., but DeGiglio sees plenty of opportunities ahead in this nascent industry.

As Seen on New Cannabis Ventures