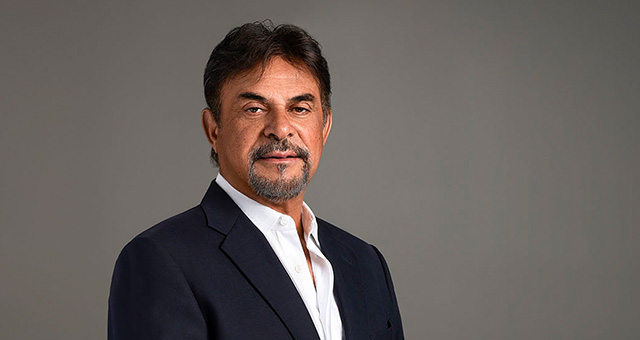 As Seen on New Cannanis Ventures

Village Farms (NASDAQ: VFF) (TSX: VFF) has more than 30 years of greenhouse growing experience, ranging from cut flowers to produce. When cannabis became legal in Canada, the U.S.-based company saw an opportunity to leverage its greenhouse experience and provide more shareholder value by entering this new market. Now, the company offers a premium brand at an everyday price in the Canadian market, and it is contemplating how it will expand its cannabis business into the U.S. President and CEO Michael DeGiglio spoke with New Cannabis Ventures about the Village Farm’s Canadian market position, U.S. strategy and growth trajectory. The audio of the entire conversation is available at the end of this written summary.

Ramping up a greenhouse is an enormous task. Village Farms has built multiple megaprojects across North America over the years it has been in operation, experience that has helped it to thrive in the cannabis space. While other Canadian operators have had to shutter assets, Village Farms is doubling its capacity, according to DeGiglio.

Village Farms is now well-established as a greenhouse grower, but DeGiglio was not always in the farming business. His background is in aeronautical science; he spent years as a tactical jet aviator for the Navy. Following his retirement as a Navy Captain, he decided to go into business and landed on farming. He first focused on greenhouse technology in Europe, eventually going on to create Village Farms.

The stock was publicly traded on the NASDAQ years ago. The company was taken private in 2000 and then taken public again in 2006 when it purchased a large greenhouse company in Canada.

Over the course of its history, the company has learned to adapt to changing market dynamics. Years ago, the company focused on cut flowers, but that industry was largely shifted to other countries, like Colombia. So, Village Farms migrated to produce. Now, it has to compete with the lower labor costs of countries like Mexico. Today, cannabis offers the company an opportunity to create shareholder value. For now, Canada does not allow the importation of cannabis. Village Farms can to use its decades of experience to compete only with other Canadian producers, according to DeGiglio.

Village Farms analyzed the Canadian cannabis market for a year and a half before making its entrance. The team wanted to ensure it had a sustainable business model. Now, Pure Sunfarms, its subsidiary focused on cannabis, is focused on becoming one of the largest growers in North America. 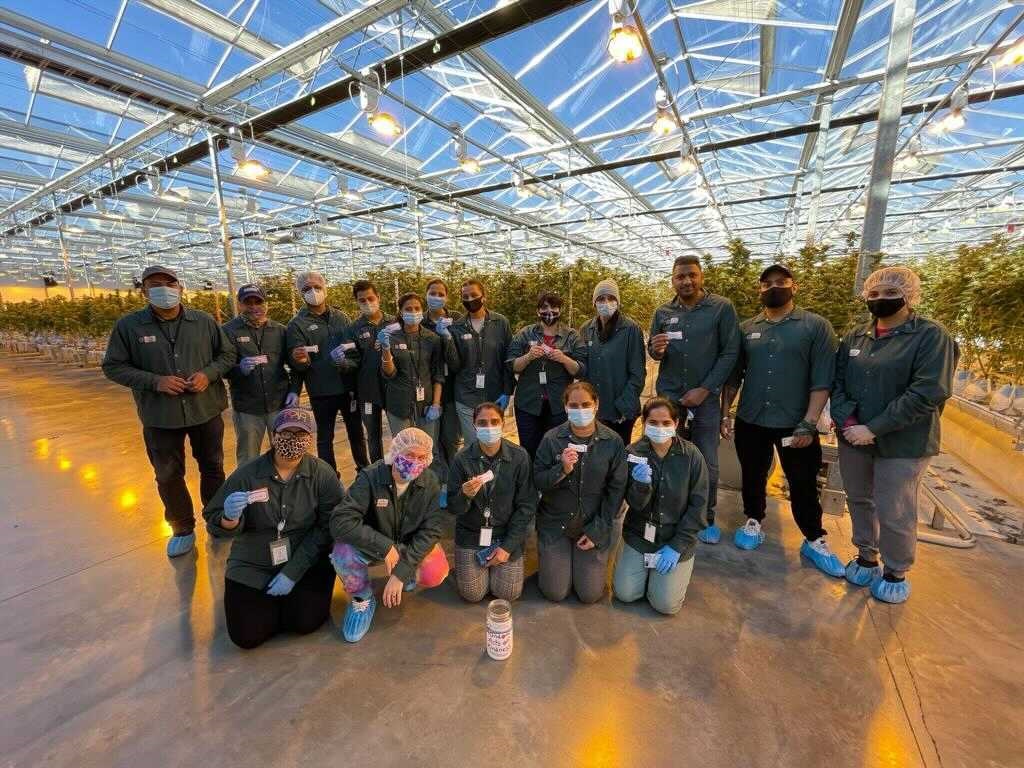 The company’s cannabis cultivation operation is located in British Columbia. Over the past five to six quarters, its flower has been a top-seller in the Ontario market. Village Farms plans to continue dominating flower, aiming to capture 20 percent market share in Canada, according to DeGiglio.

Flower remains a priority for the company; the Pure Sunfarms team is exploring new varieties and higher potency to continue meeting consumer demand. Additionally, the company has entered other product categories, like vape pens, prerolls, gummies and oils. DeGiglio believes that it will take time to grow in these categories, but the company is committed. 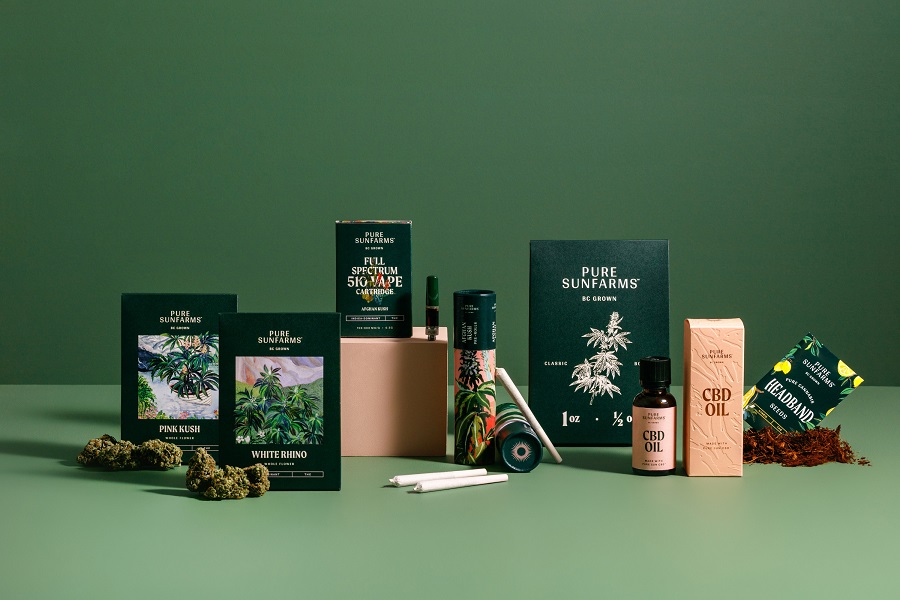 The Company Is Offering Products Like Flower, Prerolls and Oils.

The company is not in the confectionary or beverage categories. DeGiglio does not necessarily want to explore the confectionary category, and in terms of beverages, Village Farms is opting to wait for that category to gain more traction.

Village Farms is carefully considering its U.S. market strategy. As a TSX and NASDAQ-listed company, it will not be participating in the U.S. cannabis industry until some form of federal legalization moves forward. The company has a significant institutional shareholder base, and it does not want to risk being delisted, according to DeGiglio.

While the company will have to wait, it is keeping a careful eye on the legislative landscape and preparing for market entry in a number of different ways. First, the company has six million square feet of high-tech greenhouse space in southwest Texas. With very limited medical licenses in this state, no major MSO is currently competing in Texas, according to DeGiglio. When the time comes, the company is ready to convert that asset and become a competitive, low-cost producer in that market.

When full legalization passes, the Village Farms team expects that interstate commerce will eventually become a part of the industry. This change could provide the company the opportunity to reach more states.

Finally, Village Farms has been growing hemp in the United States since it became legal in 2018. While it is waiting for further clarification from the FDA, the health and wellness market represents a third potential point of entry into the U.S. market.

In Canada, Village Farms is a low-cost producer with consistent positive cash flow and positive EBITDA. It also has the ability to scale its current footprint to double or even triple its capacity. With that in mind, M&A in the Canadian market is not a priority. DeGiglio remains the largest shareholder in the company, aligning him with other shareholders. From his perspective, any dilution via M&A would need to be very accretive for the company.

Any M&A in terms of technology or IP would certainly be of interest. And, the company is open to deals in the U.S. or internationally. Already, the company has a stake in Altum International, a company in the Asia-Pacific market. Village Farms plans to begin exporting to Australia, and it may increase its position in Altum in the future.

Village Farms has $135 million in cash and a warrant coming in that will increase that cash position to $150 million, according to DeGiglio. Right now, he sees a share buy-back as a great use of proceeds and the best return to shareholders. The company recently announced a normal course issuer bid for up to 5% of its shares.

The company is in a position where it does not need additional capital at the moment. It has adequate cash to convert its Texas assets when that time comes and to look at potential M&A.

If Village Farms does need to raise more capital down the line, DeGiglio recommends looking at the company’s track record. It has done a number of small equity raises and put that equity to work.

Village Farms is ramping up its capacity in Canada. The company expects to go from 90 million grams of production to 180 million grams of production by this time next year. It never grows what it cannot sell, according to DeGiglio. The company had $13 million in inventory for its fourth quarter and approximately the same amount in its first quarter. 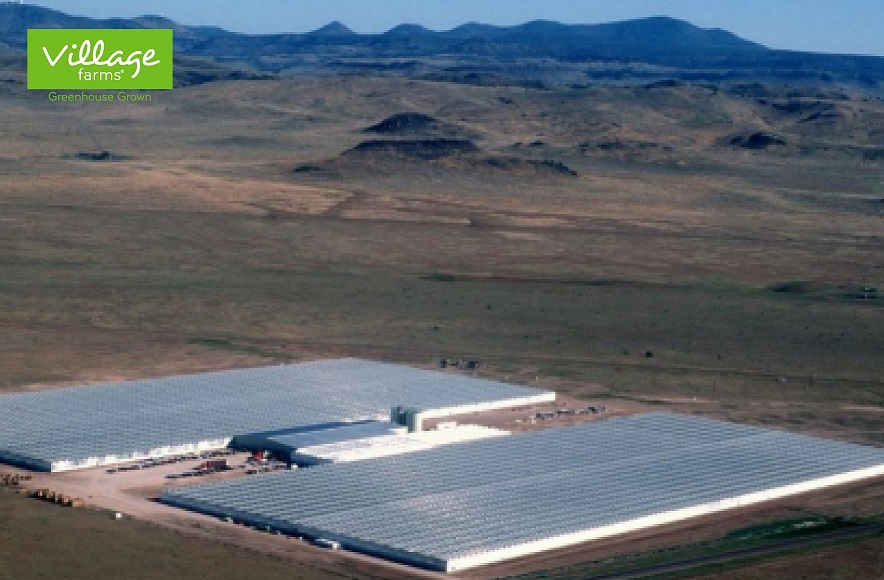 Village Farms Is Planning to Double Its Capacity in Canada.

The company has 16 to 17 grow rooms per site. It always operates with the ability to cut back or ramp up production based on the market need. For example, the company cut back on production due to the COVID-19 pandemic and shutdown orders. Now, it is back up to full production.

While the pandemic has been a challenge in the Canadian market, the company is steadily aiming for its goal of 20 percent market share. In the U.S., Village Farms is waiting on a regulatory shift. However the cannabis industry evolves, the company is looking for ways to take advantage of this enormous CPG opportunity in North America and international markets.